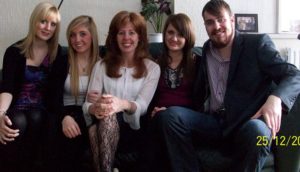 Before ordination Fr Neil worked as a nurse (HCA 2 years in Leicester General hospital); and as a Civil Servant (Executive Officer in M.o.D. 3 years). He was commissioned in the RAFVR(T) for 12 years, holding the rank of Flight Lieutenant.

Ordained deacon June 1988. Ordained priest June 1989, both in Leicester Cathedral. Resigned from the Church of England on 31st August 1993 and was received by the Archbishop of Birmingham into full communion with the Catholic Church on 22nd October 1993.

Deacon 1996, Priest 1997 by the Archbishop of Birmingham in St Chad’s Cathedral.

In September 1994 became a teacher at Saint Peter’s Catholic School, Solihull, taught all ages (11-18) a mixture of both Religious Education and History. Also organised and ran the Duke of Edinburgh Award scheme in the school.

In September 2003 left St Peter’s school to become one of the Catholic Chaplains at Birmingham Heartlands and Solihull Hospital. Throughout this time was also the assistant priest of St Ambrose Barlow parish, Hall Green, responsible for evangelisation, adult catechesis and youth work.